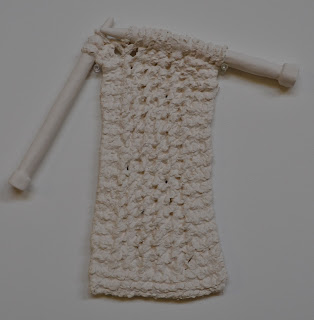 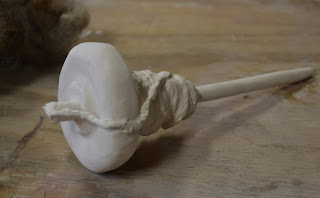 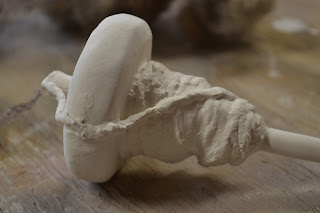 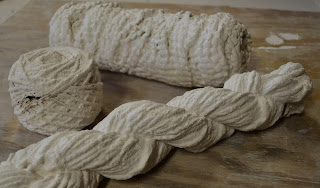 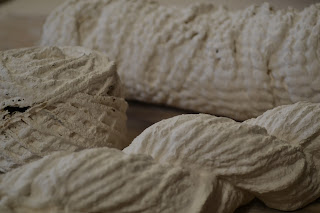 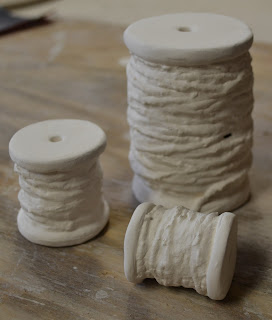 Our assignment(loosely) for the project was to pick a topic that is represented in the media, 'ripped from the headlines.' However, if we had another idea or direction we wanted to take, we were encouraged to follow it. I wanted to do something that has significant personal relevance. My initial thought was to make a piece that represented some sort of change in womens' roles in society, relating directly to crafts that I practice today. I wanted to speak of the idea that crafts such as knitting, spinning, weaving, sewing, etc. were once required/expected of a woman. During the industrial revolution, the first decline in these crafts, expectations switched to women getting factory jobs that ran the machinery that machined these items. At this time they were still the ones responsible for producing the clothing. And later during the women rights movement, the next significant decline, these crafts were protested in order to avoid a particular social normality. We are coming to a point in our society that the practices are being accepted again and we are seeing the first significant rise since the industrial revolution. Now the crafts are no longer required and women are established enough to feel like they are not being held back by doing things they enjoy simply because they are typical. Not only are knitting, spinning, weaving, sewing, etc. accepted widely in our society they are becoming revered, and have now become a form of protest against the modern technology that devastated the value and appreciation of handcrafted items. There is a call for return to handmade, the personal touch is being recognized and artisans are taking a stand. It is natural in the sense that it is not machined in any way but also that is genetically coded into us. The pieces also represent the unspoken direct connection to our ancestors. Traditions such as knitting, spinning and weaving are passed down in families generation to generation. There is something personal and comforting to be carrying on a craft that was practiced by my fore-mothers.